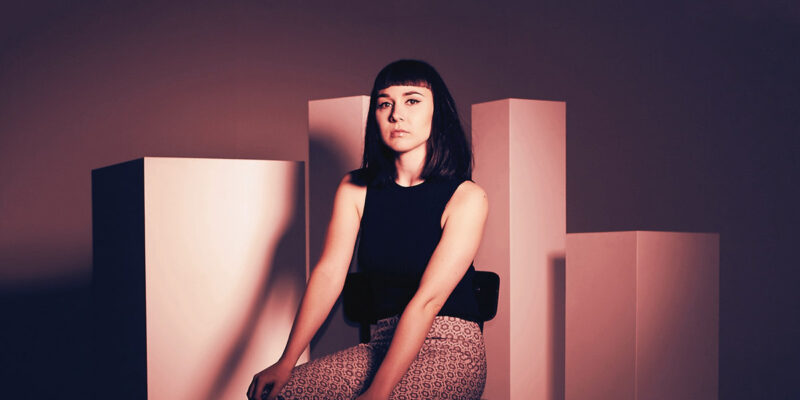 Liverpool – home of some of the biggest bands in the world. Then there’s Natalie McCool.

We’ve been long-time fans of Natalie McCool; watching her grow from quirky covers that showed both great taste in music andan ability to do something new with well-worn material. Her debut album of mostly original tracks was one of our favourites of 2013 so it is safe to say The Great Unknown has a lot to live up to.

The opening quartet of tracks are instantly familiar being the most recent four singles McCool has released – all of which are stunningly well constructed ethereal pop that would be career highlights for pretty much anyone. However, by the time we reach ‘Fortress’ it’s clear that we’re in for a very special experience. Despite already having the single treatment, it’s had something of a rework here with gospel backing turning what was once a tight personal track into something much more epic – a full anthem that suggests McCool is more than just a singer songwriter and is instead a real star in the making.

Stepping off the known path about halfway through, ‘Oh Danger’ returns to the more familiar, but no less exciting, solo work that we’ve come to expect. We’re blown away once again with the retro opening seconds of ‘Magnet’ which starts like with what could be the sound-effects from a 50s sci-fi movie before plunging us in to dirty guitar and back up to synth heaven all before the tune’s opening lyrics – again proving that McCool is able to surprise.

You could say it’s all a bit rinse and repeat – rinsing out anything old and familiar and repeating with something new and interesting on every single track; even after a dozen listens there isn’t a track here that feels like filler and each has something new to say and express each time it’s played. It’s always been hard to make comparisons to other acts when it comes to McCool – she’s one of those few people who manage to create something truly original.

So we wouldn’t say Natalie McCool is one of the best artists to have come out of Liverpool; she’s actually one of the UK’s finest exports and The Great Unknown is the possibly the most exciting album we’ve heard this year. Genuinely epic stuff.

You can pre-order The Great Unknown via Pledge Music.